A New Generation of Gann Based Trading

Pushing the envelope on Gann Based Analysis for over 20 years

We can help you!

Schedule a call to find out how 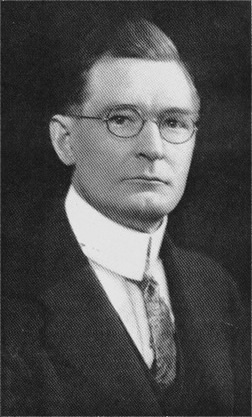 W.D. Gann, a master of Wall Street in the early 20th century, combined mathematics, geometry and cyclical analysis to consistently make a profit during some of the most volatile market environments of the day.

In 1929 many of his contemporaries suffered significant losses as the Great Depression began. Gann’s techniques allowed him to not only predict one of the largest market crashes seen, but to profit from it as well.

The fact that his techniques are used by so many traders and investors today, over 50 years after his death, is evidence enough of his enormous contribution.

I am now in my  72nd year; fame would do me no good. I have more income than I can spend for my needs, therefore, my only object in writing this new book is to give others the most valuable gift possible KNOWLEDGE! If a few find their way to make safer investments my object will have been accomplished and satisfied readers will be my reward.

The original GannTrader was developed by the late Peter Pich in the 1980’s. It truly was an absolute revolution as for the first time computers could be used to quickly, and accurately, calculate so many of the unique Gann methods that were just being re-discovered by Billy and Nikki Jones. GannTrader set the path that others, like us, followed. As a DOS program, it unfortunately no longer works on modern computers.

We have tremendous respect for the work of Peter Pich and the input of Billy and Nikki Jones, and their documenting of the original Gann material. It is their hard work and dedication that has made Gann accessible to so many new Traders and Analysts today. Our desire is to continue the development and innovation in the area of Gann Study.

The Optuma GannTrader edition is the only Gann based software in the world that has been, and continues to be, under continuous development and improvement. For over 20 years Gann has been our passion. For the next 20, we will continue to take the concepts and writings of Gann and create new tools and studies that not only help discretionary traders, but also to find ways that we can build quantitative models using those techniques.

What our clients say…

As a Technical Strategist who worked for major name Wall Street firms and a multi-billion dollar investment fund during my eleven year Investment Banking career, I am EXTREMELY impressed with Market Analyst (Optuma). It is an outstanding Gann Technical Analysis program that leaves most of its competitors totally in the dust.

The huge variety of cutting-edge charting tools available (all major Gann techniques, but far more besides), the sheer flexibility of the user options for each study, and the attention to detail throughout are absolutely first class.

The visual appearance of the charts is both professional and beautiful: I am thinking in particular of the Gann wheels, but also the way in ALL technical tools are implemented, even on standard price charts. Plus, thanks to the templates and workbooks available, there is massive flexibility and personalization available to work with the program just the way you specifically want to.

With Market Analyst (Optuma), the Technical Analyst/Trader has an enormous powerhouse of research capabilities covering everything from standard technical analysis techniques to the most esoteric Gann methodologies available. I believe that even W.D Gann himself would have been impressed. Truly first class!

Dr Asoka Selvarajah
Over the years I have been very lucky to have time to research the groundbreaking work of W.D.Gann. His work ethic and constant investigations led to some of the most prolific and exciting tools I have ever seen in trading. To think that Gann made all of these discoveries by hand without the use of modern computers or calculators really attests to his dedication to become a master trader.
In our modern society, blessed to have the computers and easily accessible data,  Optuma has led the way with a remarkable platform for traders to assemble and interpret these fabulous tools. Whenever I see a Gann fan angle or a Planetary angle creating support and resistance in our modern volatile markets it is an exceptional opportunity. We can correctly measure the value of these tools in Optuma in literally seconds. The original masters would have had to take weeks or even months to replicate these signals and calculations.
I am forever grateful to the dedication of Mathew Verdouw and his team who produce the world’s leading software for Gann traders and enthusiasts, I am certain that I am a much better trader because of the availability and adaptability of such an excellent package. I thoroughly recommend Optuma exclusively to all of my clients and associates, I believe its an essential element of successful Gann trading.
Alan Oliver

I’m sure if you are at all like me, you may have some reservations about buying charting software with a comma in the price tag. I can honestly say, one year in, I have never regretted the purchase.

As a charting platform, Optuma has been brilliant, but more importantly I have real tools built by real technicians. I can’t tell you how invaluable it has been to my development to have many of Gann’s methods available at the click of a button. Real-time reinforcement with legitimate Gann tools has greatly accelerated the learning process for me as I am sure it will for you.

However, all of this means nothing without exceptional customer service. The staff at Optuma have never disappointed. They stand behind their product, and they offer some of the best customer support I’ve experienced with any company, anywhere.

When you know that some of the biggest and most profitable institutions and funds in the world base their decisions on output from Optuma, you know you’re in good hands.

The Gann edition of Optuma not only provides you with everything anyone could need for technical analysis, but it also has a whole host of incredibly powerful techniques, many of which you can’t get anywhere else.

With such sophistication and versatility, it takes a little input to get up to speed.

But this also means that once you have mastered it, you have one of the most powerful market weapons in the world at your disposal!

That is why we, at the Market Timing Report, use Optuma. We like to stand on the shoulders of giants!

Technicals are all about visualizing data and Optuma clearly has the most advanced graphics of all technical platforms.

The use of “layers” allows a user to organize and manipulate data in ways that are impossible with other software programs. I use this product every day to help manage various portfolios and I encourage everyone to try it out.

Optuma is the world’s most powerful technical and quantitative analysis platform. It is jam-packed with features that will help you manage your analysis, save you time, and show you unique opportunities. The GannTrader edition builds on this solid foundation to give you the most powerful Gann Platform available. 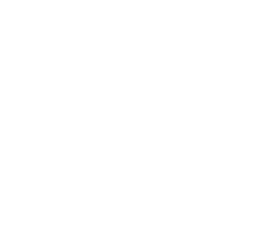 The most important part of Gann Software is the faithful reproduction of many of the techniques that Gann used himself. Optuma not only provides all the Gann tools but is the only product that is continually building on those foundations with new tools and techniques.

Together with our Partners, Optuma is putting together a range of lessons and videos on how you can use Gann techniques in your trading.

By continuing to use the site, you agree to the use of cookies. more information